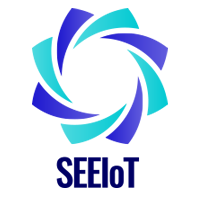 Dazhi Yang is a professor with the Harbin Institute of Technology. He received the B.Eng., M.Sc., and Ph.D. degrees from the Department of Electrical Engineering, National University of Singapore, Singapore, in 2009, 2012, and 2015, respectively. In 2020, he received support from the National Talent Program, which is a high-prestige research award by the Ministry of Industry and Information echnology of China. In 2017, he became the youngest associate editor of the Solar Energy journal, and has been serving as one of four subject editors of that journal since 2019. He is an active participant of the International Energy Agency, Photovoltaic Power Systems Programme, Task 16. He has published more than 100 journal papers, with a total citation number of 5232 (Google Scholar), an H-index of 39, and an i-10 index of 89. Currently, he has most journal publications on solar forecasting in the world. In 2020 and 2021, he is listed as one of the world's top 2% scientists (for both single year and career) by Stanford University. In 2021 and 2022, he is listed as one of the world's top 100,000 scientists published by the Global Scholars Database.